Hello Alkanians, 2020 is already starting. I’m sure everybody was having fun celebrating New Year Eve yesterday. Once again, I wish you a great and successful year in 2020. Sadly, there’s a massive flooding disaster that occurred in Jakarta, Indonesia. The busy and traffic jam that happened in Jakarta every day, changed into a free huge swimming pool for kids and teenagers. The extreme raining since December 31st, 2019 plus the seawater level that raised significantly caused this massive flooding in Jakarta. This is the worst flood in history that happened in Jakarta. Currently, there are 31 thousand citizens evacuating and the rain hasn’t stopped so far.

There’s also a unique view where most citizens are busy evacuating and moving their belongings to a safe or higher place or their home’s second floor. Some kids and teenagers did a reckless and risky thing, swimming in a strong current river as you can see from the picture above. This is done not just once, but continuously every year. Sadly, there was not a single citizen or officer, who asked them to stop their reckless and risky actions. In fact, not a few of their actions became a spectacle of local residents.

How Long Will This Massive Flooding Last?

The government predicted it will keep raining for several days so they advised the citizen to move to higher places. The seawater level and the extreme raining are the main cause of this massive flooding. Unfortunately, many citizens have protested and doubted the government work. They said it’s the government fault that this disaster happened and there’s no solution for this. This flood is their annual event and they already get used to it. I’ve collected and interviewed some of my Facebook friends that currently living in Jakarta and experienced this disaster.

“What have the government done so far?”

“Nothing changed. This happened every year. But it’s getting worse every year.”

“This is our annual celebration for New Year Eve. Santuy”

“This is the worst flood ever.”

“I’ve never experienced the flood in my house before but it’s flooding this year. Well, It’s a bit surprising for me”

Who Should Be Blamed?

In my opinion, they shouldn’t blame each other or throwing accusations at others. We do not need to shout that the flood is due to the government that does not properly regulate this and that or even blame the rain. Don’t think that we are the best and free-from-sin person on earth as if this disaster only happened because of others and the rain. Don’t we have sin? Everybody has their own sin. So please, don’t blame each other.

Not to blame the citizens there but this is the fact that I saw it in my own eyes. Some citizens that lived alongside the river are still throwing their garbage, plastic bags, litter and their unused belongings or anything to the river. But if the flood happened and struck them, they blamed the Government. Are you sane?

So let’s start from ourselves, let’s keep the environment clean. Pick up any litters you found while walking and send them off to their home, the bin. If there’s no bin nearby, just keep it in your pocket and throw them once you found a bin. Easy, right? Small things could make a huge thing if it’s done properly. Let’s pray for our friends in Jakarta. Pray for their safety and wish that there’s no more flooding in the future. Let’s support the government starting from ourselves. If you have any thoughts about this, feel free to share it in the comment section below. Thanks for visiting The Alkana and reading this post. I’ll see you soon.

25 thoughts on “First Day In 2020: Massive Flooding In Jakarta, Indonesia” 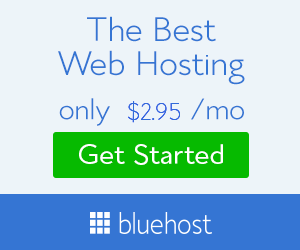